The Mists Have Receded 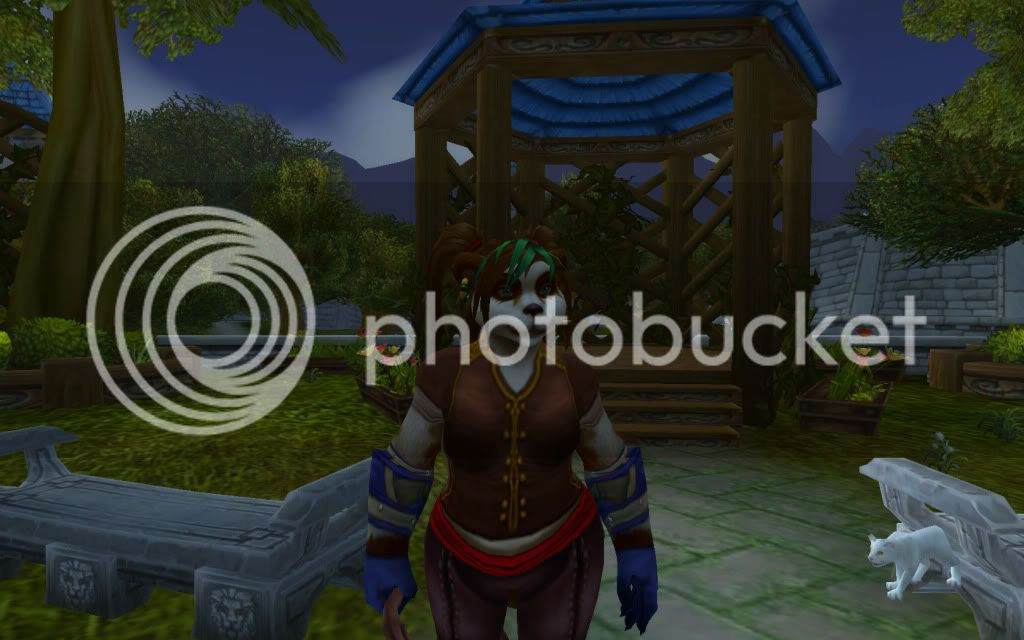 Mists of Pandaria has finally launched. Here is a picture of my new baby Monk.

I have to say that I was lukewarm about Pandaria since it was announced. I don't really like change and Mists proposed a lot of new changes. I have not gotten to play a whole lot yet, I have school and work to deal with. but my priest is about half way through smiting her way through the Jade forest and my Mistweaver Monk is nearly level 19 and so far, talent system aside, I really like this expansion.

Mists received a lot of criticism about Pandas, the Asian theme, and there were a lot of "Kung Fu Panda" references thrown around. Honestly from what I have seen so far I think it is beautiful. From the expressions that my new little panda makes to the cherry blossom trees that I saw on the Wandering Isle. Thus far it is beautifully crafted.

As for healing on the Monk, I don't have much commentary. At level 19 I have only one healing spell. It works well enough. I like that my auto attacks heal, feels reminiscent of my priests atonement healing, and it gives my little Panda something to do while waiting to heal somebody. I've been mostly questing though, the lack of energy limiting my attacks is nice but my decision was based largely on the poor quality groups that I've been getting in the dungeon queue. I mean come on people, the game has been around long enough for DPS to understand that the Tank is the only one who pulls. Clearly some people think that group etiquette is unnecessary in low levels, and to avoid slapping a disclaimer macro up that says "No heals for DPS that pull. No Rez either." or simply acting on that philosophy, I have chosen to quest, disappointing but it saves me grief and frustration.
Posted by Unknown at 23:54