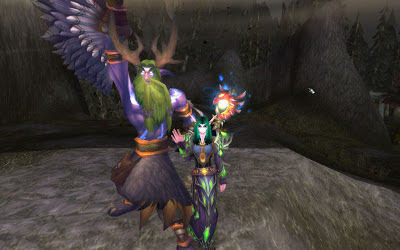 That's right. I tried to play it off like we were both waving at the camera.

I haven't been back to Darkshore since then, except to fly through. In fact, last night I was going down to Un'Goro to train my battle pets and, hopefully, catch some new ones, I flew right through. Normally, I would just watch the tv, but then I noticed the river underneath my character. 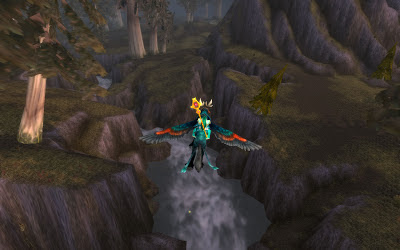 I took some without the Hippogryph too, but I ended up liking this one the best.

It was then, that I knew Darkshore needed to be revisited. 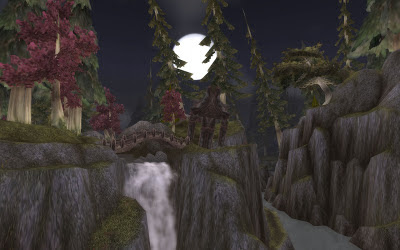 This is a waterfall by the Grove of the Ancients. 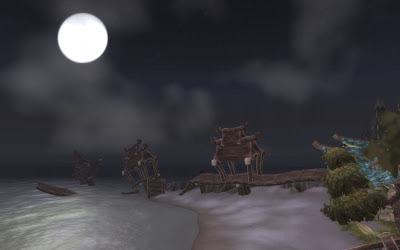 The Auberdine pier, this still makes me sad. 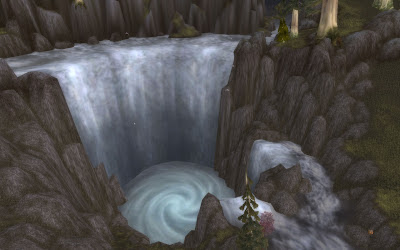 Enormous waterfall, appropriately in the "Maw of the Void" 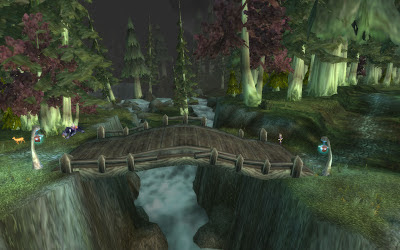 Bridge in Lor'danel, the new quest hub that replaced Auberdine, over one of the rivers that feeds the Maw.