Hanging up my Tank Boots, and Christmas 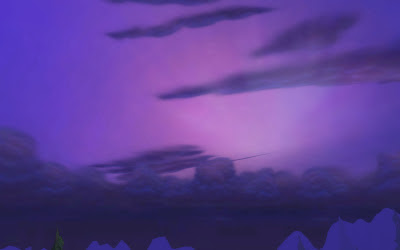 Tomorrow is Christmas Eve. I have to admit, I'm not really feeling it this year, the Christmas Spirit, that is. Ultimately, I'm down because instead of enjoying Christmas day with my family, I will be in the office, slaving away. No Christmas dinner, I'm in until 7:30. No early morning present opening, we, children are older now and the presents will begin opening at roughly the time I clock in. My parents have offered to drive me in, if I still want to spend the night at their place, which I have traditionally done, but it makes no sense, to the practical side of me at least, to have them wake up early to drive me in.

The whole situation just makes me seethe. I'm so angry, so angry that because I am my mothers daughter, all I have wanted to do, this whole month, is cry.

Because it's not fair.

Because there is nothing I can do about it.

I have never, in my life wanted to quit a job more than I do now. The truth is, I can't. Voluntary unemployment with no real prospects would be irresponsible and something that we couldn't handle financially at the moment. It's something that I can't do, but I want to.

I cannot see myself being anywhere near functional on Christmas morning when I go into work.

I hate to be such a downer this close to Christmas, but pretending that everything is awesome felt contrived and dishonest. I'm not willing to lie.

I know, that I'm being a huge baby about this. Believe me, I do. I know, that it could be worse, and that I am infinitely lucky to have a family that I wish so desperately to spend the holiday with and traditions that I hold so dear that it breaks my heart to let go of this year. Cy has told me more than once that I need to grow up and stop complaining about it. He doesn't have to work on Christmas. His advice just makes it worse.

Would you believe this was originally supposed to segue into a chat about WoW, and my Death Knight? Really, it wasn't meant to be an emotional over share, and I never intended to become so personal on here.

I had originally wanted to talk a little about what I've been doing this past week, since my school vacation started. The answer to that is levelling my death knight, like a fiend. Since I'm not raiding yet, and probably won't be, realistically, until the summer when I'll have time to seek out and devote to a raid team, levelling has provided me something to do in WoW since I'm not really feeling my dailies lately.

Really though, in discussing my levelling, I really wanted to talk about the quality of the dungeon groups I've been getting, or rather, the lack thereof.

It seems to me, that if your group has an asshat in it they can smell your insecurities. I've been a healer for 6 years now, and let me tell you, it is the ONLY role I fit comfortably into these days, which is ultimately the reason I'm levelling a class that cannot heal. I feel like some diversity in the role I play would probably be beneficial. I am not very confident yet as a tank.

I know the fights. I have a grasp on rotation. We almost never wipe and those wipes are not always caused by me. I would call myself a competent blood death knight, just not a confident one. I think that shows through my play style because regardless of how a dungeon is going if there is an asshat in my group, they will be taunting actually, I think I'd like to call it what it is, bullying me.

I've responded accordingly. I never engage the asshat. I initiate a kick, and if that fails, I leave myself. I'm just tired of dealing with this and because the only behaviour I have control of is my own, I went frost and decided to quest the rest of the way to 90. I really like my blood spec, and I'm going to continue using it to solo while I collect pets for raiding with leashes. I just don't think I'm ready to tank LFD yet, and that's fine.

Also, I wanted to wish you all a Merry Christmas, again I'm sorry that I can't share in the spirit right now. I'm working on it.
Posted by Unknown at 00:31