Insane? She Must Be 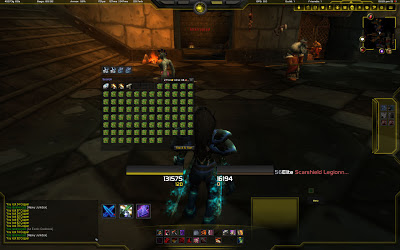 Those are lock boxes. Heavy junkboxes to be specific, and the last 85 boxes my rogue will ever pick pocket from LBRS. That's right, I attained exalted status with Ravenholdt last night. I've been working on Ravenholdt for a long time, way longer than I'm willing to admit. Now that I have it, I've decided it's time to seriously work on netting myself the insane title.

So, I'm already a Bloodsail Admiral and I got Ravenholdt last night. I'm moving on to the Cartel now and it's going to be a long, boring journey considering they HATE me and I'm going to over-achieve this bad boy by keeping my bloodsail rep as intact as is humanly possible.

Therein lies the problem. I have a hard time sticking to things like this. Long, boring, tedious grinds are not really my cup of tea.  In the interest of forcing myself to remain committed to putting in the time and effort to net myself the title, I've decided that I'm going to start my first recurring segment, "She Must be Insane" where I will keep all of you up to speed on where I am at in the grind, maybe share some adventures that happen along the way and, if anyone is interested, maybe even host a couple of cross-server grind-a-thons with anyone who wants to join me on my home server of Staghelm. 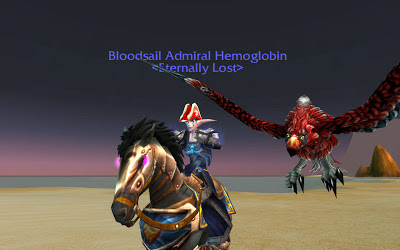 At this time, I'm still not back in school so I don't have a realistic idea of how frequently I'll be able to run the segment but for right now I feel comfortable setting a bi-monthly posting schedule once on the 15th and once on the 30th of each month.

I look forward to reporting on my progress from Tanaris. For me, the grind starts tonight.

Email ThisBlogThis!Share to TwitterShare to FacebookShare to Pinterest
Labels: grind with me, Heavy Junkbox, Insane in the membrane, malkshake, MalkshakeVG, reputation, She must be insane, steamwheedle cartel, tanaris, the Insane