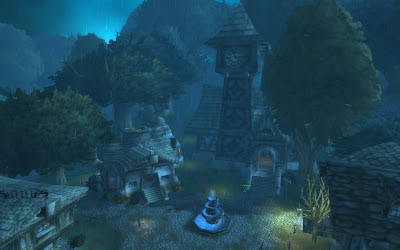 I'm a Canadian, my Thanksgiving has long passed. I thought about not participating in this because of that. I've since changed my mind. I've decided that there is never a wrong time, to say "thank you" and that I shouldn't need a statutory holiday to express my gratitude.

Before I start, I think I should give credit, where credit is due. I would not be writing this post had I not read this one, by Erinys on her blog The Harpy's Nest, first.  So, thank you, for the inspiration that I needed to write this.

I doubt that anyone listed hereafter in this thank you will ever read it, and as a result, I feel there is no need to name names. They have no blogs to link to, anyway, at least not to my knowledge. 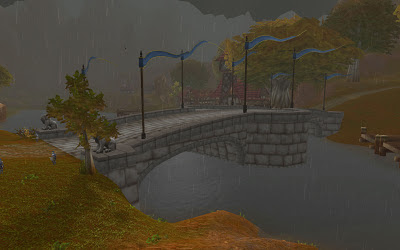 My thank yous start 7 years ago, in Redridge, before the bridge was repaired. I was a level 20-something rogue, seated on the bridge (it used to have benches) waiting out resurrection sickness. This was before I had even completed my first months subscription. A higher level rogue came and sat beside me. Our conversation ended with a guild invite, and him taking me, a fledgling rogue, under his wing. My mentor and I became close friends, we leveled together, ran battlegrounds together, and through that time he taught me everything I knew about being a rogue. I was a fine rogue. At level 55, he gave me my first epic. A purple dagger, called Shadowblade. I still have it you know. 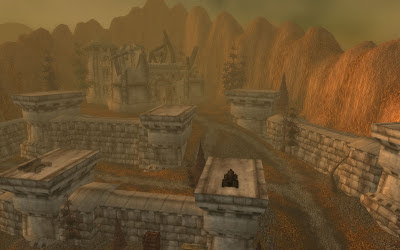 More important than any of those gifts though, was the invite to his guild. Since the dissolution of the original guild I have been searching for a guild that made me feel like it was a part of me as much as I was a part of it, like that guild did. Some of my fondest memories in Vanilla are the runs through Scholo, and Strat as we tried to fill out our Dungeon sets, both 1 and 2, also, lockpicking my way into Scholo. I miss the banter, and I miss having all of my friends congregated in one guild. I also want to thank all of the members who put up with my cloth farming, for Stormwind rep, because I did it back when you had to pass in stacks of Runecloth.

I also want to thank the members of my first arena group. I know I was terrible, but thank you for putting up with me. It was all worth it, I think, that time I one-shot a warlock with Ambush and won the match. 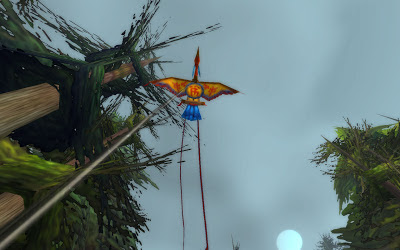 I want to thank my dad, who paid for my subscription for years, and who recently gave me
my kite pets. Thank you dad. You're the best. 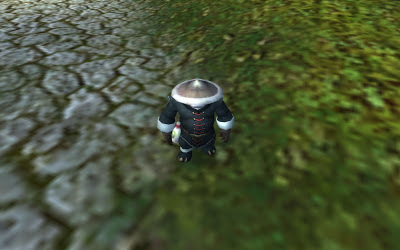 I want to thank oen of my best friends in game, who quit nearly two years ago now. He gave my my monk pet for my 18th birthday. I want to thank him for the hours of conversation, for always being willing to give a helping hand and for being there for me in game, for whatever I needed to talk about. I miss you.

And maybe now, that I've thanked many of the people from my past, I too can move on and focus less on the loneliness that they left in my heart and let another social, family guild in. 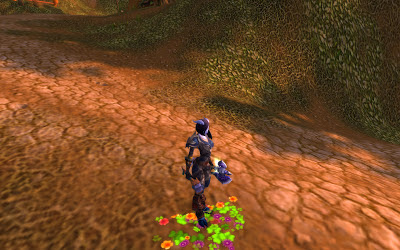 I want to finish this off with a thank you to Cy, the best guy a girl could ask for, who surprised me with chocolates at work today and a Path of Cenarius card yesterday.

And thank you to you, anyone who reads this.

I'll leave you with a gloomy picture of Karahzan, my favourite raid instance of all time. 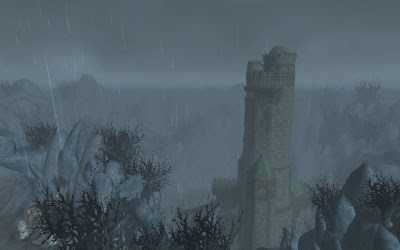